7 Things You Should Know About Azure DevOps

Much like any other Microsoft tool, Azure DevOps is a trusted software for many professionals in the tech industry. The Team Foundation Server successor immediately made it to the ranks of the best platforms shortly after its release In 2019.

What else can you do with Azure DevOps?

Azure DevOps has a ton of functions that make it easier for developer teams to manage and automate their work. Aside from collaboration, the software allows users to boost productivity with its extremely user-friendly interface.

In addition, some of the Azure tools that excite developers are:

Getting Started with Azure

If you’re yet to try out Azure DevOps, here are some things that you should know before jumping on the new platform. 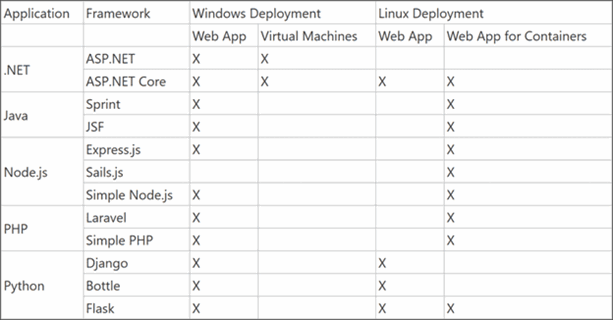 It’s a common misconception that Azure DevOps is only compatible with Microsoft because the tech giant created it. This belief is the cause of many developers’ hesitation to migrate. However, Azure DevOps goes beyond .NET or Windows. The following table taken from the MSDN Magazine displays a few of the technologies that Azure DevOps supports:

Open-source software projects are free to use, study, modify and distribute by anyone. It’s a powerful setup that promotes collaboration across different professionals in the industry. Instead of relying on a single developer or outsourcing company, OSS projects allow its owners to continuously upgrade and update based on custom improvements by anyone they wish to hire for the job.

If you’re working alone, in groups of five or fewer, or are yet to invest in a dedicated server, Azure DevOps Server Express is the best option. It’s compatible with personal desktops or laptops.

It offers most of the features available in the bigger version, such as Azure Boards, Azure Pipelines, Azure Repos, Azure Test Plans, Azure Artifacts, and Extensions Marketplace. Server Express is a free version that you can easily upgrade when your team expands without worrying about losing files.

A DevOps pipeline is crucial to achieving a streamlined, organized, and focused environment for building software. Without one in place, developers run the risk of dealing with slower releases and cluttered processes. 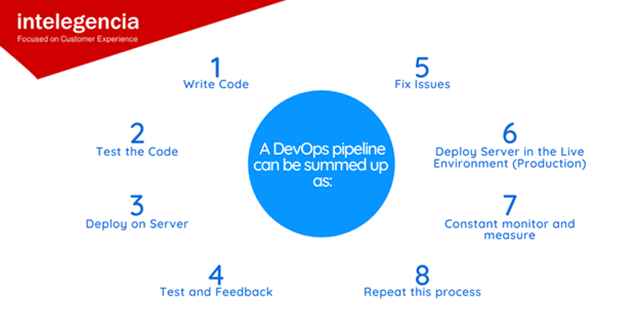 With Azure DevOps, teams no longer have to spend much time trying to organize pipelines. The software has its customizable interface with customizable organizations, projects, teams, and work items. All that’s left to work on is development.

Azure DevOps’ strong feature is that testing within the software is automated. Through Azure Test Plans which offers automated testing, manual testing, and bug reports (among many other Azure tools), developers can test and run their programs directly.

It’s a common assumption that Azure DevOps will require an Azure subscription given that it’s from the same tech giant. However, you don’t need a subscription to use the software.

Azure DevOps runs on top of Azure, but you can enjoy many of its features even without signing up. It’s also capable of deploying your on-premises data centers on its own. Of course, there are still some Azure tools that are offered for payment.

For reference, here are the Azure DevOps pricing tiers (taken from the Microsoft website). 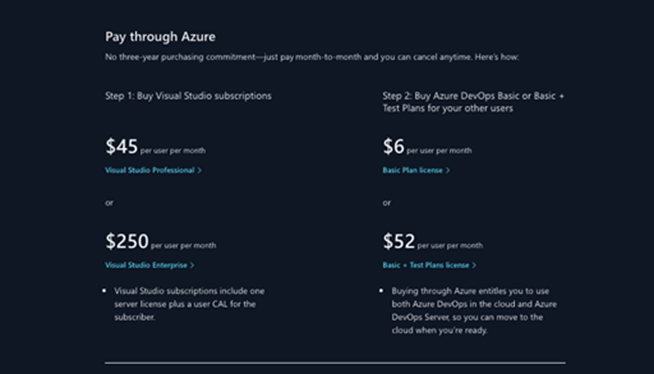 Azure DevOps is known for its continuous monitoring feature that lets developers collect and analyze data with minimal downtime. Features like such aid its users in staying on top of every step in the application lifecycle.

Because developers are present from start to end, results always show a significant benefit in maximizing performance and productivity. It stays true to one of DevOps’ cornerstone philosophies that give importance to continuous and comprehensive application monitoring.

Mer Cortez is an Operations Manager at Intelegencia. When he is not working, he loves to DIY Traveling, Mobile Legends and Sleeping