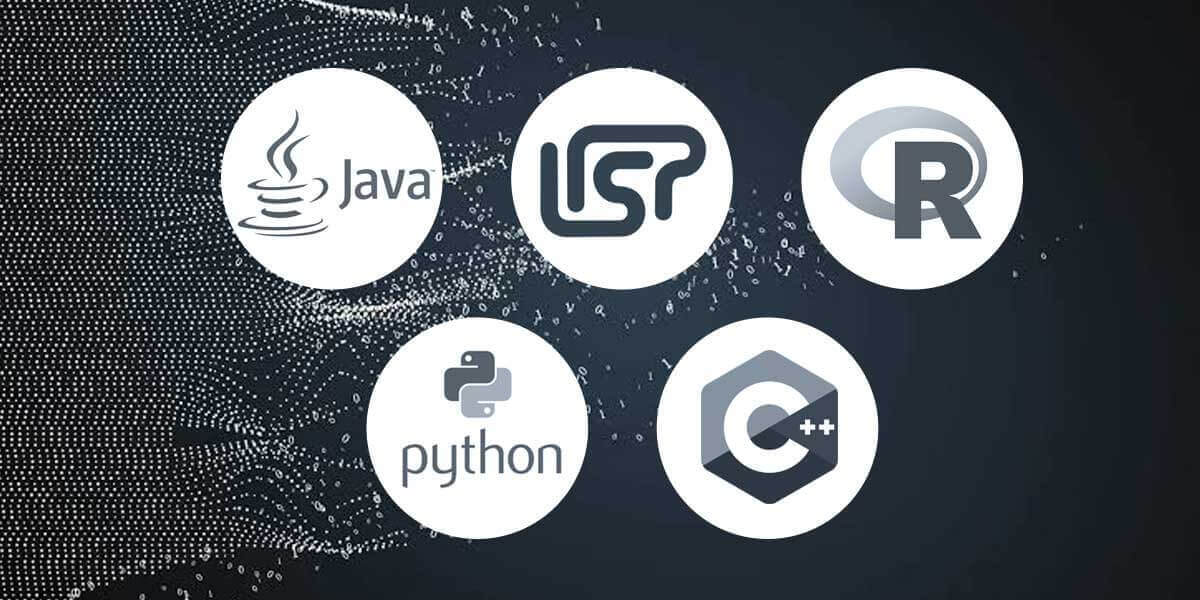 Can machines think? Until the 20th century, answering this question in the affirmative was next to impossible. But today, with the existence of Artificial Intelligence (AI), a branch of computer science, we have reached very close to answering that question in the affirmative. AI is concerned with building machines that can replicate human intelligence and can perform tasks that require human intelligence without the need for human intervention.

Are you working on a new Artificial Intelligence (AI) project? As exciting as it may sound, deciding which programming language to use isn’t all fun. It can often result in a lot of confusion and even in choice paralysis among developers. If you’re trying to find out about the best possible programming languages to use for developing AI solutions, you’ve landed at the right place. Read on.

Below are the top 5 programming languages (with their pros, cons, and best applications) that developers and AI enthusiasts prefer to use for their AI projects.

Since Python as a programming language is simple to use and implement for complex AI projects, it is one of the most popular styles for AI development. Most of AI consists of Big Data, something for which Python is well suited. The pre-existing libraries in the programming language make development more straightforward and quicker.

Best Applications: Process automation projects and applications that are based on detection and recommendations, such as chatbots.

From game development to standard, web and mobile applications, Java is a programming language used for versatile purposes. It can be a right choice for Machine Learning and for developing AI games that need to learn how to play a game with a user, such as Chess. There is widespread use of the language in building Chatbot applications as well.

Another commonly used programming language for artificial intelligence development, Lisp is a family of computer programming languages and has widespread use in the context of traditional AI. It is capable of symbolic processing information and its unique features that allow fast and flexible prototyping makes it appropriate for building AI solutions.

Best Applications: This programming language is highly suitable for inductive logic projects and machine learning. It has the most widespread use in the area of traditional, symbolic AI. It is used in building chatbot applications too.

This is one of the most effective programming languages for statistical and AI-related projects. Biggies in the industry like Google, Uber, and Bank of America widely use this programming language for big data- and AI-related analysis. In the field of AI, it is suited for data manipulation, calculation, visualization, time-series analysis, clustering, and graphical representation.

In addition to its extensive usage in banking, especially in fields for predicting different risks, the language is used in projects that involve cracking business-related problems. Projects related to data analysis, big-data modelling and visualization also make use of this language. Lastly, it is used for doing ML testing.

Being the fastest computer programming language, C++ is widely popular and appreciated for AI projects that have time constraints. It is capable of using statistical AI techniques efficiently. Although it takes highly experienced developers to use C++ for AI development, it is a beneficial programming language for AI.

Projects based on search engines and the development of computer games. Since it allows extensive use of algorithms, it is a suitable choice for AI development in machine learning and building neural networks.

Programming AI is not only complicated but time consuming too. This is the reason coders prefer languages that offer quick response time.

While one language is more prevalent in ML projects (example: Python), the other is far better for developing desktop, mobile applications, and games (example: Java). While one is more challenging to learn, the other is beginner-friendly.

While it is painful and honestly unfair to pick any one of the programming languages as the best for AI development, the ones listed above make our top 5. Mostly, it all comes down to the unique requirements of the project.

Manish Pathak is a Technical Lead-II at Intelegencia. When he is not working, you can find him playing Table Tennis.